Museums
Register
Don't have an account?
Sign In
in: National Museum of the American Indian, LIS-697-09, Museums in New York, Museums

The National Museum of the American Indian is a Smithsonian Institution; the Heye Center is associated with the following organizations: 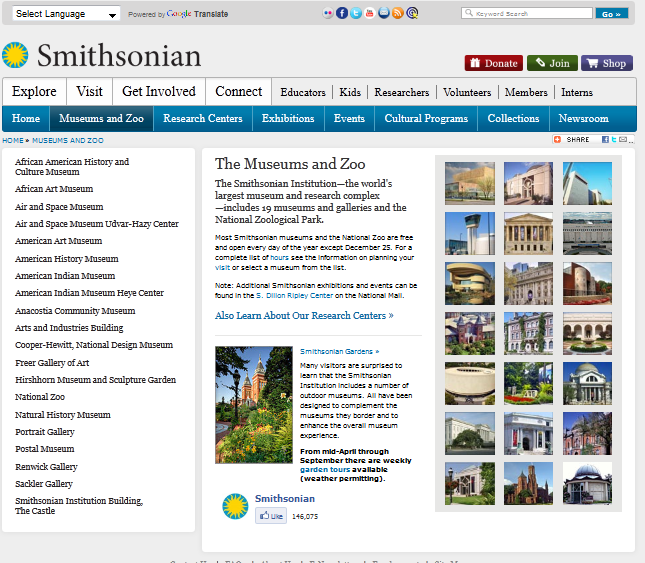 The National Museum of the American Indian is also associated with the ATALM community (Association of Tribal Archives, Libraries, and Museums) of practictioners. According to James Nason in The Changing Presentation of the American Indian there is a "need to create exhibitions that utilize all our senses in contextualizing the selected objects" within this community of practice; in regards to virtual reality he states, "technology is only a facsimile, capable of only partial accuracy" (42). This community, which was developed from a conference in 2002 and has been meeting almost annually for the past decade, reached the stage of officially incorporating in 2010.

Compared to other museums, the NMAI does belong to an elite group of institutions that are mandated by law to repatriate certain items in their collection. A report filed by Anu Mittal, titled "Much Work Still Needed to Identify and Repatriate Indian Human Remains and Objects", states:

"Since the NMAI Act was enacted, in 1989, more than 21 years ago, the Smithsonian has offered to repatriate over 5,000 human remains, which account for approximately one-third of the total estimated human remains in its collections. The Smithsonian has also offered to repatriate over 212,000 funerary objects, but the extent of progress is unknown because the Smithsonian has no reliable estimate of the total number of such objects in its collections. The Smithsonian generally makes repatriation decisions based on detailed case reports, and had completed 171 case reports as of December 31, 2010. Developing these case reports is a lengthy and resource-intensive process, in part because the NMAI Act generally requires the Smithsonian to use the best available scientific and historical documentation to identify the origins of its Indian human remains and funerary objects. The Smithsonian originally estimated that the repatriation process would take about 5 years; however, at the pace that it is progressing, GAO believes it could take several more decades to complete this process."

To develop more positive associations online, the museum could hire more librarians; these museophiles will accelerate the repatriation process with their ability to locate documentation and improve the museum's status on fulfilling the mandates of the Congressional Act. Both of these museums should also be aggressively recruiting the Native American Studies majors graduating from the top-tier universities and library science graduate programs in the U.S.

Community content is available under CC-BY-SA unless otherwise noted.